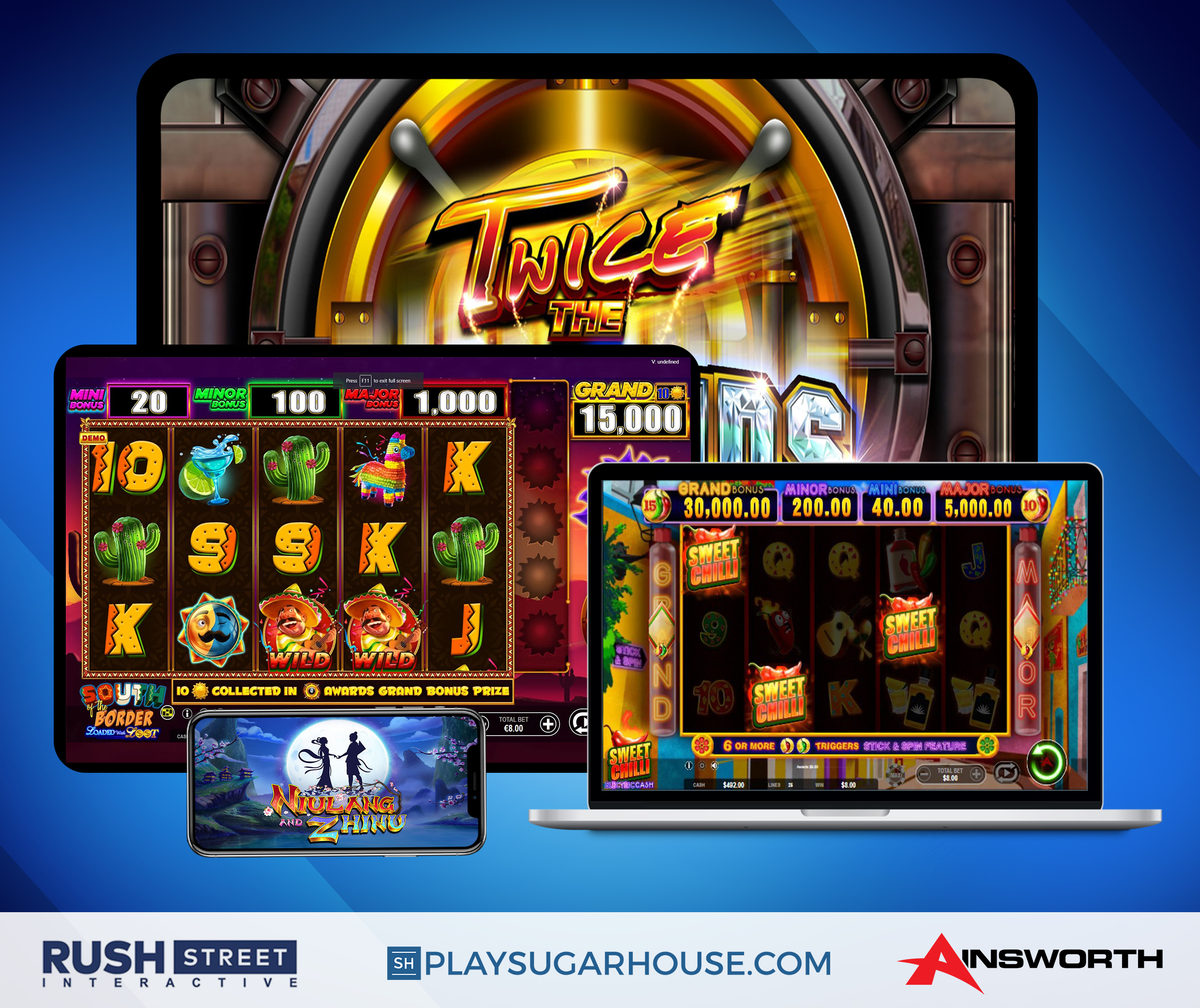 PlaySugarHouse.com players in New Jersey will now have the chance to spin the reels on several of Ainsworth’s strongest performing titles such as Viking Reign, Amazon Gold, Sweet Chilli and Action Dragons. Additionally, Ainsworth will be adding new slot games regularly so that PlaySugarHouse.com players will have a continual flow of exciting and innovative Ainsworth game content available to play on the site.

“It’s great news for our players that we are adding Ainsworth content to our robust library of slot games,” says Richard Schwartz, President of Rush Street Inertactive, which operatates PlaySugarHouse.com. “Every week we’re adding new games for players to enjoy, and the partnership with Ainsworth provides us with a great suite of new slot games that supports our goal of always delivering a dynamic and premium experience for our valued players.” “We are excited to partner with the highly acclaimed online casino operator, RSI, to bring our content to a new audience in New Jersey,” said Ainsworth Online General Manager Jason Lim. “We’re now happy to be offering PlaySugarHouse.com players the chance to win big while experiencing some of our more popular land-based games in an online environment, as well as introducing them to some exciting new titles we’re developing for future release at PlaySugarHouse.com.”

Founded in 2012 by industry gaming veterans, RSI is a market leader in online casino and sports betting in the U.S. The Company launched its first online gaming casino site, PlaySugarHouse.com in New Jersey, in September 2016 and was the first gaming company to launch a regulated online gaming site in Pennsylvania. With its BetRivers.com sites, Rush Street Interactive was also the first to launch regulated online gaming in the states of Indiana, Colorado and, most recently, Illinois. RSI has been an early mover in Latin America and was the first U.S.-based gaming operator to launch a legal and regulated online casino and sportsbook, RushBet.co, in the country of Colombia. For more information, visit www.rushstreetinteractive.com.